Setup an Nginx reverse proxy for your Docker containers

This is a follow up post to my last one . You’ll learn how to add an Nginx container as a reverse proxy serving an api and app container and accessing them through hostnames rather than localhost:port. This provides a benefit of more closely resembling a production environment while you develop locally.

Please see the previous post for background on how to setup a local web dev environment using Docker for Windows. This will help you understand how we are adding on to include Nginx.

Take a look at our deployment/docker-compose.yml file. You can see that we have added a gateway service that exposes port 80. This is the only way we will be able to access our upstream services like api and app. We no longer have exposed ports to those containers. Every request will go through our nginx reverse proxy, a.k.a. our gateway service.

Similar to the previous tutorial. We need to shell into both containers and kick their node process off. Open a Git Bash terminal and make sure you are in the deployment directory. Then build and run the containers:

Now open Cmder and shell into the running api container:

We are now inside the api container and can treat this just like a regular Linux environment. From here, we need to install our node_module dependencies.

Our base nodejs image included yarn globally, so I recommend using yarn to install everything (you could also use npm install) as I’ve found it’s faster and less prone to errors than npm:

Test it out by going to http://api.tutorial.localhost and seeing the GraphQL Playground editor. This is an example GraphQL project based on the Apollo Server Getting Started tutorial.

You can paste in the following GraphQL query to the left side and then hit the play button to see the result:

Open another Cmder tab and shell into the running app container:

We are now inside the app container. We need to install our node_module dependencies here also:

Test it out by going to http://app.tutorial.localhost . You should see the example Vue.js app showing the result of the GraphQL “books” query. 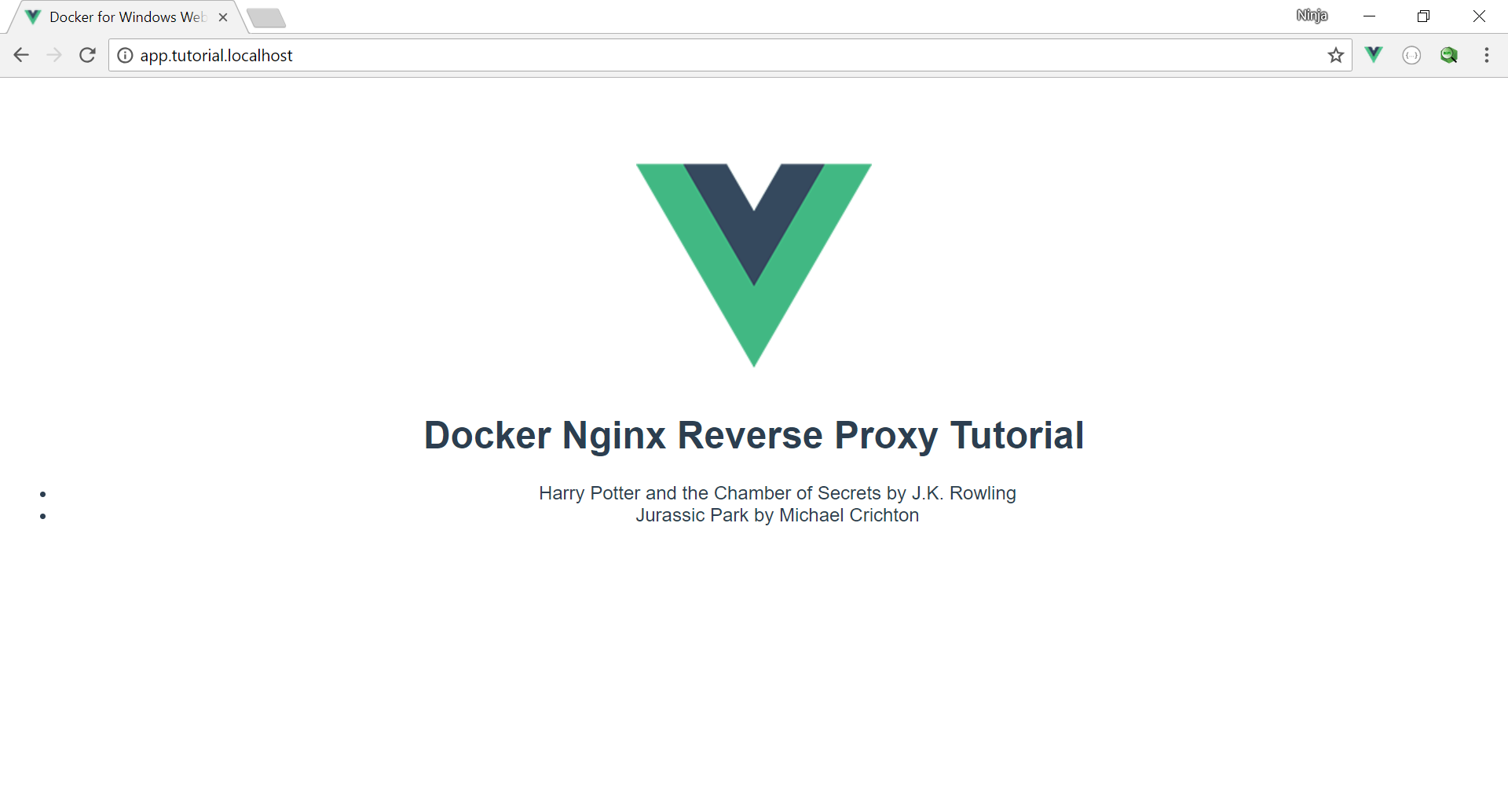 Now you no longer need to remember the port numbers of your services and this also more closely resembles a production environment since you can access your services by hostname.

As you can see, this is a very elegant way to access your app and api during development. I hope this gives you a starting point for a setup that you can use for any future web development projects.